Learning a new language is an adventure, here's why

Think about your next adventure… did learning a new language come to mind by any chance?

Learning a new language is an adventure, here's why

Probably not, because language is not usually the first thing we think about when pondering adventure.

It's usually packing the campervan and getting lost along the coastline or reading a new book by our favourite author.

Let me rewire your thinking.

Language is like the coastline and you are the campervan. It's uncharted territory full of surprises just waiting to be discovered and experienced.

As philosophical as that sounds, it's the hard truth. Language is uncharted territory full of surprise just waiting to be explored.

Language is a system of communication used by humans to exchange information and we employ complex methods of delivery such as speech and writing to facilitate that exchange. The origin of language is still largely debated however many have argued it originated from emotional thought while others believe it was rational and logical thoughts that birthed such a system. In today's world, it's estimated there are roughly 6500 languages spoken with the most popular being Chinese, Spanish and English.

We believe the single best thing about learning a new language is; no matter your demographic, race or religion we are free to learn whatever language we want.

We've put together a couple of other pretty awesome reasons why learning a new language could be that next adventure you've been looking for:

Discover a new way of thinking

Have you ever wondered why in other languages; nouns, like the word table, are assigned different genders? You'll find out when you begin to learn a gendered language like Spanish.

By learning a new language you'll have to really think about what you say and how to say it. Each language thinks and interprets things differently; you'll start to learn new ways to understand emotions, actions, decisions, rules, rituals and so much more.

Be immersed in the culture

If you're planning on travelling to a non-English speaking country soon it's a good idea to familiarise yourself with the basic words or phrases like; hello, thank you, where is the restroom? Or can you direct me to my hotel? Learning locations, how to read time and currency is also extremely useful. This will give you the freedom to move around in their community more easily. It'll also naturally immerse you into their culture quicker and that's where the adventure begins.

Another thing is it's respectful to not assume they know or speak English. When you are trying to communicate in their native tongue you're more likely to get the help you're after.

Who wouldn't want an adventure like this? And better yet recruit your best friend or partner to help you practice.  You'll have a heap of fun just exploring the wonderful world of language. We'll be honest though, it's not all sugar coated. Learning a second language is going to be challenging and it'll take you time to master, so be prepared to commit yourself. And we all know that if we don't practice we'll never perfect it. The challenge is real but it'll be worth it. 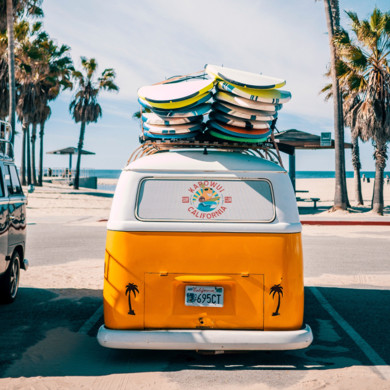